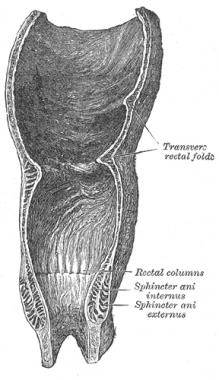 The development of the external ear is a complex process that involves the merger of the 6 auricular hillocks. The complexity inherent in this process creates many areas for abnormal growth and development to occur. Development begins at 3 weeks’ gestation, with the formation of the otic disc from a thickening of ectoderm. The developing otic disc reshapes into an otic pit. This growing auricular complex forms ventrocaudally, near the base of the neck, but moves dorsocranially with the growth of the mandible and ultimately arrives at its final position, level with the eyes, around 32 weeks’ gestation. Ears positioned more posteriorly on the head are associated with chromosomal abnormalities. [9]

The 6 hillocks form from the first and second branchial arches and merge to form the structures of the auricle. The tragus, helical crus, and helix likely form from the first arch (first through third hillocks), which is referred to as the mandibular arch. The antihelix, antitragus, and lobule form from the second arch (fourth through sixth hillocks), also referred to as the hyoid arch. Growth is largely complete by 20 week’s gestation, and most abnormalities in ear development occur prior to the seventh week. The final contour of the ear is the result of the fusion of these hillocks and the intrinsic and extrinsic musculature of the ear which form the various curves and folds

The auricle and external acoustic meatus (or external auditory canal) compose the external ear. The external ear functions to collect and amplify sound, which then gets transmitted to the middle ear. The asymmetric shape of the external auricle introduces delays in the path of sound that assist in sound localization.

Congenital abnormalities of the ear are common and largely affect the shape of the auricle. They are often accompanied with abnormalities of the middle ear because the underlying development of both arise from similar structures. Microtia refers to the abnormal phenotypes of the external ear. Numerous grading systems have been developed to categorize microtia. A common system uses the following terminology:

Acquired abnormalities usually arise from skin cancers that can affect the auricle. These include melanoma, squamous cell carcinoma, and basal cell carcinoma. Trauma can also affect the auricle. Along with various lacerations and avulsions that can occur to any body part, blunt trauma can cause an auricular hematoma. The hematoma can disrupt the perichondrium and create an abnormal healing cycle that results in a “cauliflower” ear deformity. [10, 11]

Humid conditions and swimming in contaminated water can predispose patients to infections of the external ear, otitis externa.